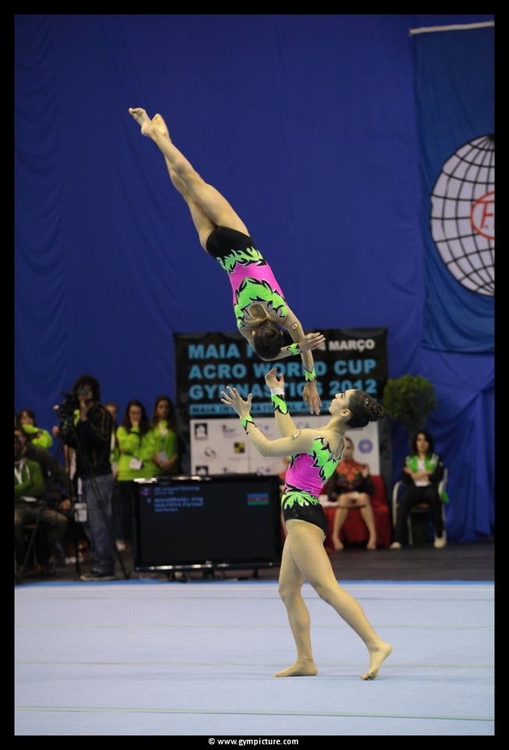 Azerbaijani women’s pair in acrobatic gymnastics – Afag Maharramli and Parizad Guliyeva – has become a silver medalist of the World Cup series held in Portuguese Maia.
According to the press service of Azerbaijan Gymnastics Federation, our duet had been taking the second place after the execution of a balance exercise. Slight mistakes in techniques, and, as a result, failing to be in time with the music in demonstration of a tempo combination, led the acrobats of Baku Gymnastics School to the final but from the third place this time.
But our girls approached to the crucial combined exercise with more discipline, won the second place in the final losing only 0.5 point to a Belarusian pair.
As it was mentioned by a judge of international category Irada Gurbanova, a coach Leyla Mehdizade's debut, who prepared Afag and Parizad psychologically to these competitions, can also be considered as successful. “I think the girls could have performed even better but they found themselves among the competitors of the World Cup series for the first time! As to the next events, they will take part in Azerbaijan Championship on the eve of favorite “Novruz” holiday. Then, their participation in the training camp is planned on the threshold of the World Championships to be held in the USA in April,” I.Gurbanova summed up. P>