Mariana Vasileva is awarded with the 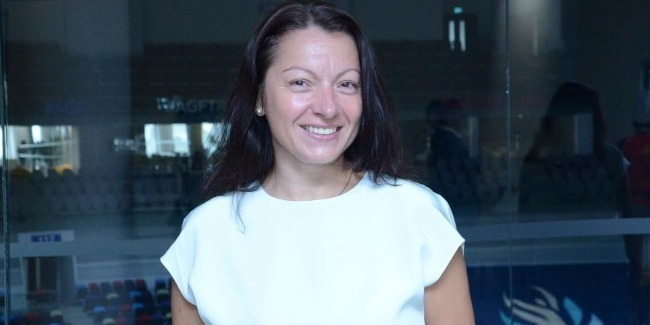 Another decision has been made concerning Azerbaijan at the Executive Committee meeting of the International Gymnastics Federation (FIG) held in Managua (Nicaragua).

Thus, the Head Coach of the Azerbaijani National Team in Rhythmic Gymnastics, Mariana Vasileva, was awarded with the "Honored coach" diploma by the FIG.

It should be mentioned that M. Vasileva has been working as a Head Coach of the Azerbaijani National Team since 2008. Under her leadership, our Rhythmic gymnasts, having won medals at several large-scale  international competitions, represented our country with dignity on the world arena.

We extend our congratulations to Mariana Vasileva, who has made a significant contribution to the formation of gymnastics school in Azerbaijan over the past years, and wish her successes in her future activity!