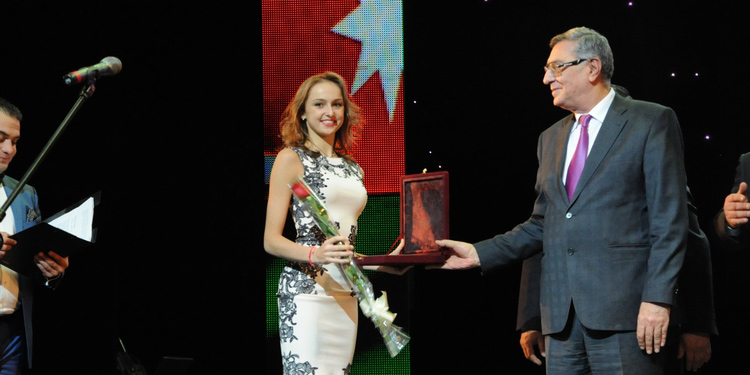 Baku hosted a ceremony dedicated to the sports results of 2014 on Wednesday, Trend reported.

The event brought together governmental representatives and athletes who worthily represented Azerbaijan in the international arena.

Country’s Youth and Sports Minister Azad Rahimov reminded that today is the birthday of President Ilham Aliyev, congratulated the head of state on behalf of all the Azerbaijani sportsmen, and wished him all the best.

Touching upon the successes of Azerbaijani sportsmen in 2014, Rahimov noted that during the year our athletes won 805 medals.

"We can say that every day the Azerbaijani flag was raised in a certain state,” he added. “Among the medals earned some 275 are gold, and it shows that in the various countries of the world the national anthem of Azerbaijan sounded 275 times."

He recalled that the first European Games will be held in Baku in 2015.

"Large construction works are being held in Baku. All the sports facilities will be ready by the beginning of the competition. I believe that we will hold this competition at a high-level," the Minister said.

Vice President of the Azerbaijani National Olympic Committee Chingiz Huseynzade congratulated all the athletes on the achievements.

Then the Ministry awarded Azerbaijani sports teams and athletes.