World Cup distinguished by its grandiosity 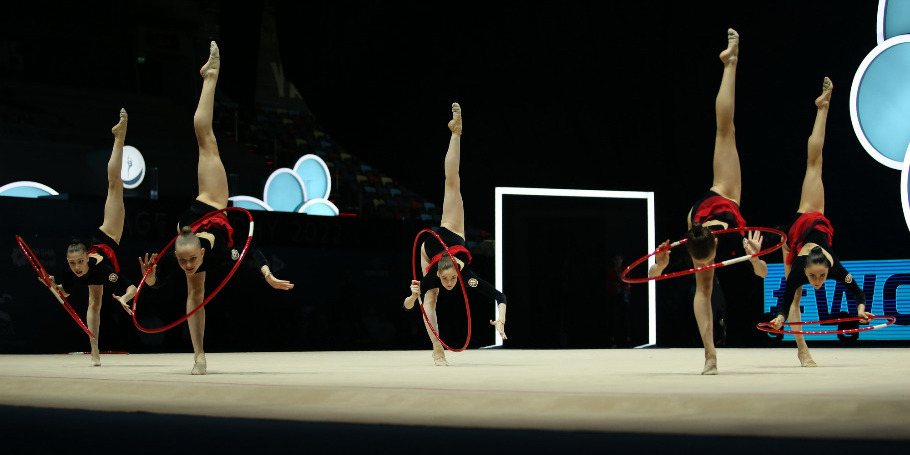 As we reported, today, “Milli Gimnastika Arenasi” (National Gymnastics Arena) reopened its doors to well-known Rhythmic gymnasts.
126 gymnasts from 31 countries joined the contest in the capital city of Baku.
After a two-year break, attendance of fans of the competitions, interesting performances of athletes on the Field of Play to the warm applause of gymnastics fans added more excitement to the World Cup. For the Azerbaijani team, which performed within the home walls, the support of the fans gave a real festive mood. Our representatives tried to favor the fans the most pleasant moments with their professional and colorful routines and inexhaustible perseverance.
On the first day of the World Cup, there were All-Around Qualificatons both in the individual and group exercises programs. First of all, the gymnasts performed in the individual program with a Ball and a Hoop, followed by group exercises with 5 Hoops.
Our country was represented in the individual all-around competitions by - Arzu Jalilova, Silver & Bronze medalist of the World Championships among juniors and Bronze medalist of the European Championships, and Zohra Aghamirova - winner of the 4th Islamic Solidarity Games, two-time Silver medalist of the Summer Universiade, participant of the Summer Olympic Games Tokyo-2020.
Arzu Jalilova took the third place in the All-Around Qualifications with a total of 63.050 points received for a Hoop and a Ball. Another representative of our team, Zohra Aghamirova ranked 5th in the All-Around Qualifications (61.300) based on the total points received for 2 rotuintes (Hoop and Ball).
Members within the team in group exercises - Gullu Aghalarzade, Laman Alimuradova, Kamilla Aliyeva, Yelyzaveta Luzan and Darya Sorokina took the second place (33,050) in Qualifications with 5 Hoops. Tomorrow, the athletes will continue their performances with Ribbon and Clubs and in group exercises with 3 Ribbons and 2 Balls in the All-Around competitions.
It should be mentioned that the World Cup will come to an end on April 24. 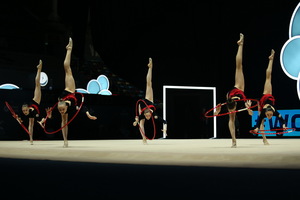 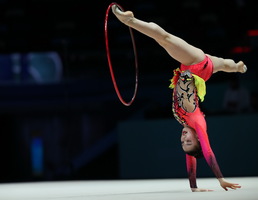