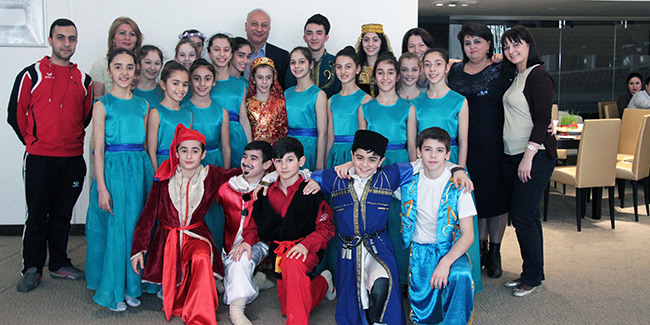 Novruz holiday was celebrated among the members of the Azerbaijani team in gymnastic disciplines, who at the same time are students of a special school, organized with the support of Azerbaijan’s Education Ministry and Azerbaijan Gymnastics Federation.

As previously reported, this educational project was set up to create opportunity for the school age gymnasts to acquire knowledge as well as regular students while not leaving the National Gymnastics Arena.

Being the guest of the event, Vice President of Azerbaijan Gymnastics Federation Altay Hasanov said today's holiday has proved that the gymnasts know the culture and heritage of Azerbaijan as well as they know how to defend the honor of their country in the international arena.