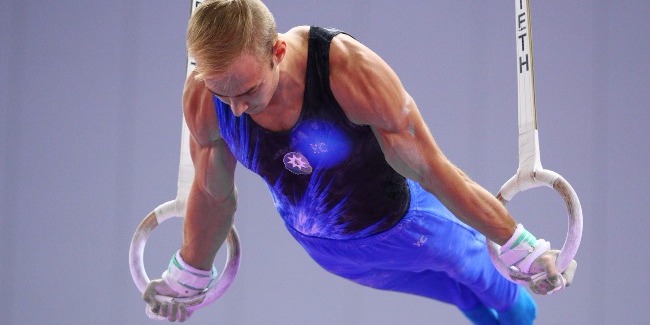 The 22nd Baku Championship and Competitions among Age Categories in Men’s and Women’s Artistic Gymnastics on the first weekend of October have become the next tournament held at Milli Gimnastika Arenası (National Gymnastics Arena) after the events in 6 gymnastics disciplines within the framework of the 1st European Games.

On October 2, the competitions commenced with the women’s performances in four age groups (minors, children, youngsters and seniors) among which the winners in the all-around were already defined by the end of the first half of the day.

The second half of the competitions’ 1st day was continued by the men’s performances in 6 age categories (minors, children, youngsters, pre-juniors, juniors and seniors). The winners in three of these categories were announced in the all-around on the first day.

Gymnasts included into the category of pre-juniors, juniors and seniors performed on the competitions second day as well, October 3, in the all-around final.

During the competitions, spectators were happy to see the performances of an idol of the most representatives of the growing generation of artistic gymnasts, the Champion of the 1st European Games, Oleg Stepko, and, the bronze medalist in a team competition, Petro Pakhnyuk, as well as members of the Azerbaijani Women’s Artistic Gymnastics National Team – Marina Nekrasova, Yuliya Inshina and Mariia Smirnova.

In the course of the events, spectators, impressed by the athletes’ professional routines, demonstrated their physical abilities in such contests like walking on balance beam, pulling-up on horizontal bar and simple pressing-up on the floor. Sometimes efforts made by the contestants, who mainly were the gymnasts’ parents, made it difficult for the Organizers to identify the winners.

Once again, we congratulate the prize-winners of the 22nd Baku Championship and Competitions among Age Groups, the detailed results of which can be found in the following link: http://agf.az/articles.php?sec_id=3&item_id=20150925060636163§ion=results

We are confident that the whole gymnastics community and each sport fan will watch the performances of the Azerbaijani Artistic Gymnastics National Team with great interest at the forthcoming World Championships in Glasgow (Great Britain) to be held on October 23 – November 1, 2015.