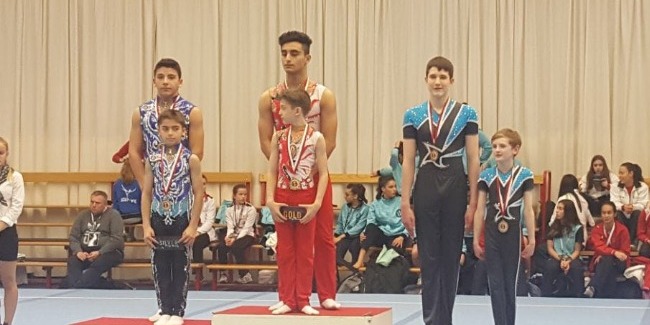 There was held the “Flanders International Acro Cup” in Belgian Puurs (Antwerpen) on February 15-17.

Our Men’s Pair consisting of Murad Rafiyev and Daniel Abbasov and competing among gymnasts aged 11-16, represented our country in the tournament and won the Gold medal. Young acrobats scored 26.800 points in the final of the Dynamic exercises and managed to leave their rivals behind. The 2nd and 3rd places were taken by the representatives of Portugal and Great Britain with 25.850 and 23.800 points accordingly.

In the first World Cup of the year held on the same dates in Puurs, Azerbaijan was represented by 1 Men’s and 2 Mixed Pairs.

Member of the Azerbaijani National Team in Rhythmic Gymnastics Zohra Aghamirova represented our country in these events. Having received 53.000 points from the judges in the All-Around, Zohra ranked 22nd.

It should be reminded that for the first time in history of Azerbaijani Gymnastics our representative Darya Farbshafshahriyari was qualified for the Youth Olympic Games at the qualifying competitions taken place in Russia’s capital city Moscow on February 15.