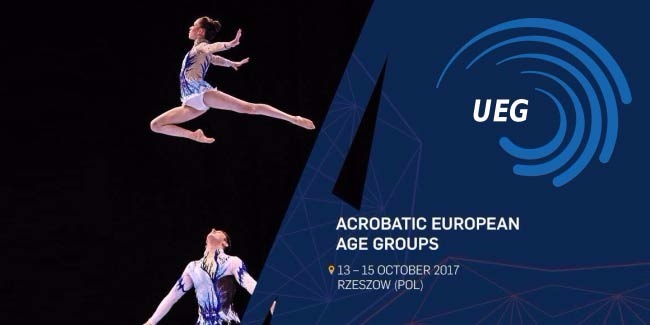 The European Age Group Competitions in Acrobatic Gymnastics, held in Rzeszow (Poland) on October 13-15, came to an end.

Having demonstrated successful performances in the qualifications, our young gymnasts managed to found themselves among the finalists in both programs. At the final stage, our Men’s Pair ranked 5th with 26,000 points, while the Women’s Group ranked 6th with 26,600 points.

It should be mentioned that in a few days (October 19-22), Rzeszow will host another major competition - the Acrobatic Gymnastics European Championships. Members of our National Team, Mixed Pairs consisting of Aghasif Rahimov-Nurjan Jabbarli and Abdulla Al-Mashaykhi-Ruhidil Gurbanli will compete for the medals among juniors.