OUR GYMNAST BECOMES THE SECOND IN FRANCE 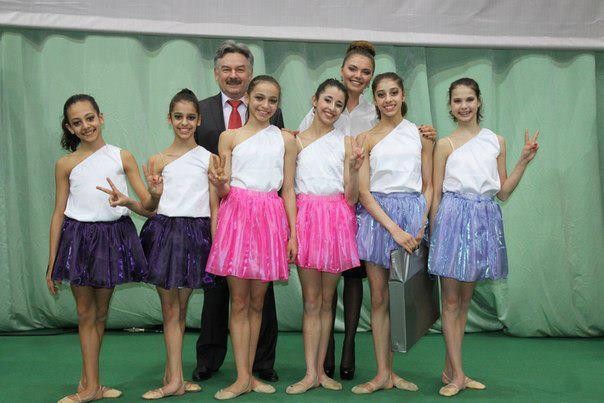 An Azerbaijani gymnast Aliya Garayeva has become the silver medalist of the Grand Prix second series held in French commune – Thiais.
As it is reported by the press service of Azerbaijan Gymnastics Federation, the national team’s leader won the second place in the final exercise with a ribbon.
According to many specialists, the only award won in a rivalry with Russian gymnasts is highly valued for its significance and quality on the threshold of this year’s forthcoming large-scale competitions. In fact, Garayeva showed the second result in the all-around as well if to take into account that the whole podium was occupied by the gymnasts from Russia.
The second participant of the Grand Prix – the country’s group team was less successful. The judges placed our collective into the 11th place in the all-around qualification which did not allowed the team to participate in the finals held on Sunday. But according to the national team’s head coach, Mariana Vasileva, the girls are not dejected and hope to demonstrate a successful performance at the World Cup series in Pesaro (Italy) on April 13-15.
As to juniors, who are dreaming of participation in various Grand Prix and World Cups for the time being, performed at the qualification tournament of “Alina-2012” international festival organized in Nijnekamsk by Alina Kabayeva’s Charitable Foundation. Along with Gala performance called “Dolls”, which was liked by the strict judges and the local audience very much, the girls also made us glad with their individual results.
So, a 12-year-old Zhala Piriyeva was a head higher than the gymnasts of her age, Gulsum Shafizada (born in 1998) took the second place and a 15-year-old Mansura Bagiyeva became the bronze medalist in their age groups accordingly.