Our Rhythmic gymnast returns with the Bronze medal from Hungary 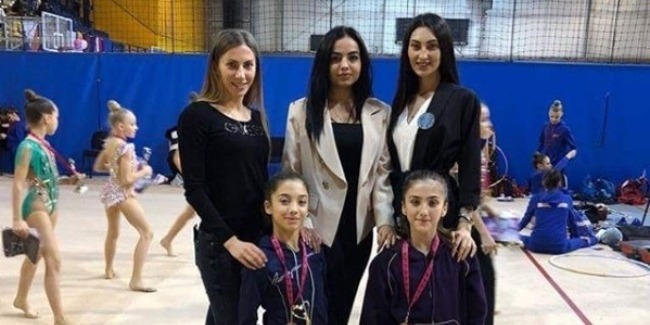 There was held “Gracia Fair Cup” International tournament in Rhythmic Gymnastics in the capital city of Hungary (Budapest) on February 22-25.

In the tournament, our country was represented by the members of the National Team – Leyli Aghazada and Lala Gebaybayova.

Leyli succeeded to win the medal in her first tournament of the year. According to the results of the All-Around, she became the Bronze medalist. Her teammate Lala ranked 6th in the All- Around.