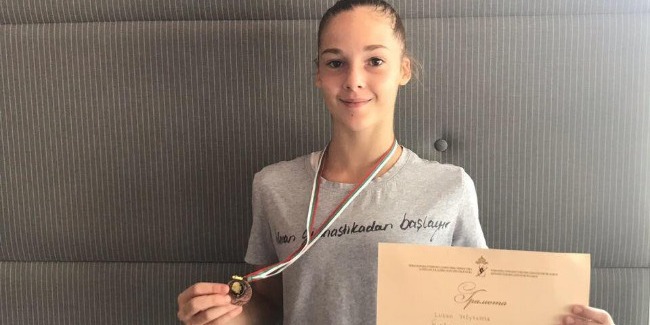 There was held the International Tournament in Rhythmic Gymnastics in the Bulgarian city of Varna on September 1 & 2.

The Azerbaijani team successfully performed at the competition with a participation of nearly 200 gymnasts from 15 countries. Thus, Yelyzaveta Luzan performing in the individual program, scored 13,900 points and mounted the third  step of the podium for her routine with a ribbon. Our gymnast ranked 4th in the All -Around, while she became the 6th with a hoop, a ball and clubs.

Another individual gymnast of our National Team – Maryam Safarova ranked 9th in the All-Around.