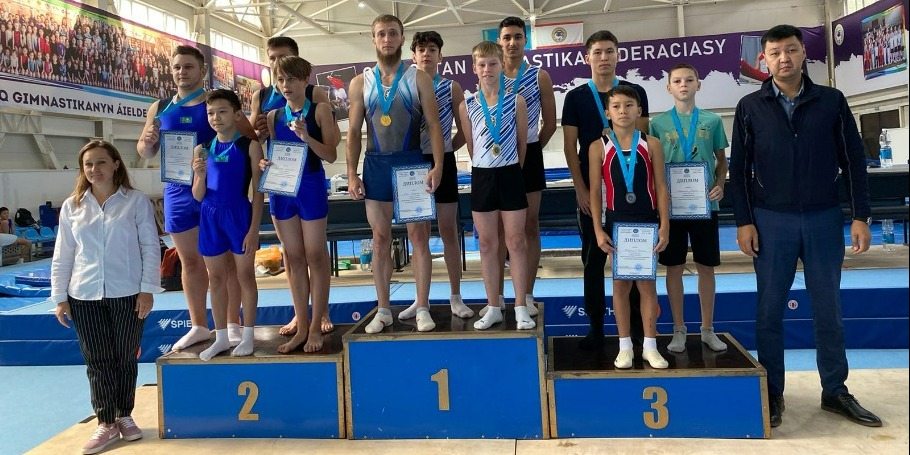 On September 15-17, there was held the Open Kazakhstan Championships in Tumbling in Almaty. At the competition, our country was represented by the members of the Azerbaijani National Team - Mikhail Malkin, Huseyn Asadullayev, Bilal Gurbanov & Aleksey Karatashov. Our athletes performed successfully and won 2 Gold, 2 Silver medals at the Individual events, while they got one Gold medal in a team competition.
Two of our representatives - Mikhail Malkin & Bilal Gurbanov, left behind all their rivals and took the first place on the podium. Huseyn Asadullayev & Aleksey Karatashov were awarded with the Silver medals. Our athletes left behind all their rivals and ranked 1st in the podium in a team competition.