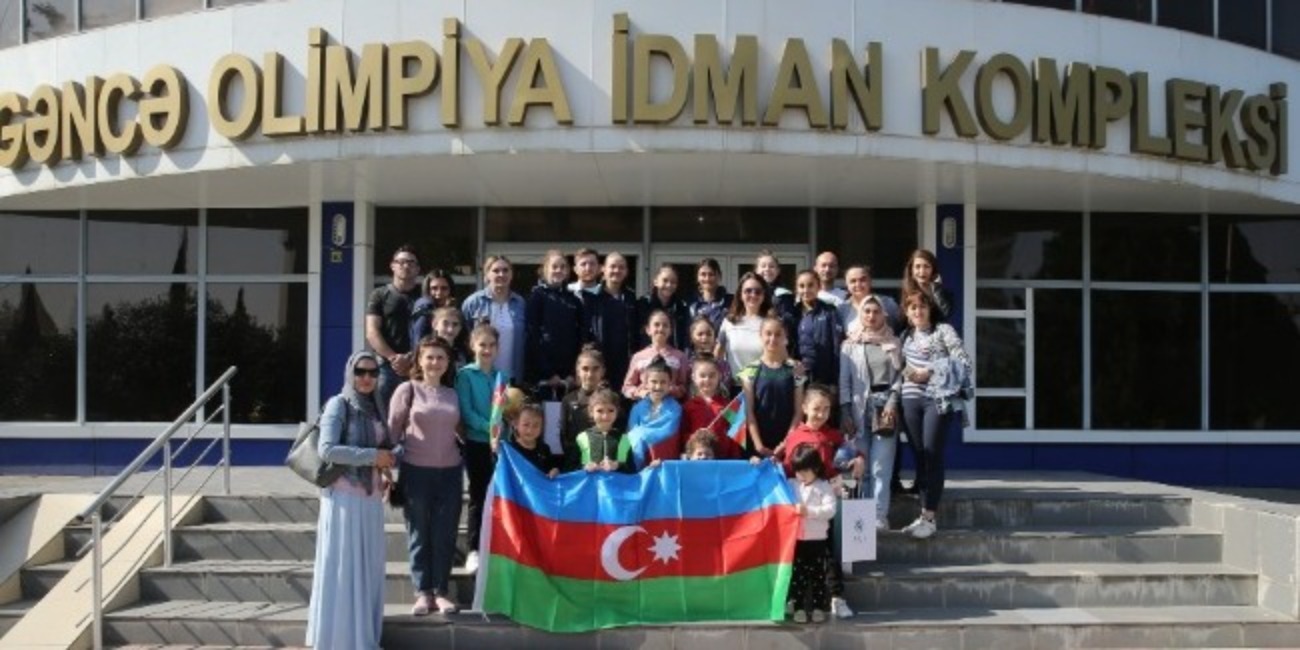 Today, the members of the Azerbaijani Rhythmic Gymnastics National Team set out for Ganja, which underwent the missile attack by the Armenian armed forces two days ago.

Then our gymnasts, visited the scene of action, where the missile fire took a toll and ruined the buildings. The athletes laid flowers on the ground.

It should be mentioned that Ganja, the second largest city of Azerbaijan, was attacked by missile from the territory of Armenia again at around 2:00 a.m. on October 11, 2020. As a result, 10 civilians were killed and 34 people were wounded, including 6 minors.

Members of the team also visited the families suffered from the attack.

The Head Coach of the Azerbaijani Rhythmic Gymnastics National Team Mariana Vasileva, who went to Ganja with the gymnasts, said she was very saddened by what happened and what she saw.

"It is a completely different feeling to see what has happened with your own eyes, not in pictures, to hear the sufferers and what they had went through," she told. It is extremely hard to see the grief on the faces of children who have lost their parents. Some of them do not even understand what happened. Children who lost their mothers think that they will return. I will never forget what I saw here today."

M. Vasileva stated that the whole world should know the truth.

On behalf of the entire gymnastics community, Azerbaijan Gymnastics Federation expresses its deepest condolences to the families of the deceased and wishes speedy recovery to the people wounded.