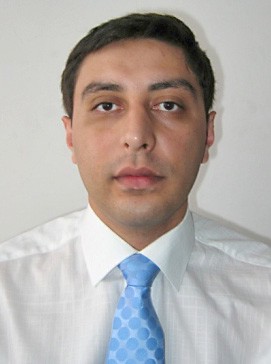 Azerbaijan representative affiliated with one of the governing bodies of International Gymnastics Federation for the first time. 35 delegates voted in favor of his candidacy, and, now, F.Gayibov will take part in the Council’s various meetings together with the colleagues from 20 countries in the course of next 4 years.

A newly-elected member of the FIG structure stated in his interview given by phone that as a staunch supporter of the democratic principles in life, as well as in work, he advocated the focusing efforts of all organizations on creation of equal conditions for the development of all gymnastics disciplines.

“I think that our common task is also an equitable attitude towards national federations, especially towards the federations of new independent states and developing countries. I am sure the decisions made in the future will serve to the strengthening of gymnastics role as a sport discipline in the Olympic program, increase of sports authority and moral image of the international federation in the world community’s opinion,” he said.

No special changes have occurred within the FIG top management. Bruno Grandi from Italy was reelected a president of FIG, his vice-presidents Michel Leglise from France, Koji Takizawa and Slava Corn from Canada were also reelected.

It should be mentioned that Azerbaijani delegation headed by Altay Hasanov, the vice-president of the National Federation, held a number of meetings and negotiations within the framework of the congress, including the meetings regarding the forthcoming European Championships in rhythmic gymnastics to be held in Baku on May 15-17, 2009.

Meanwhile, the international tournament in rhythmic gymnastics has come to the end in Udine, Italy. Azerbaijan was represented at the tournament by Zeynab Javadli. Her points in the all-around were equal to the points of Italian sportswoman and they shared 4-5 places.