SHAKIR SHIKHALIYEV: HAVE YOU RESERVED TICKET TO LONDON? TAKE IT! 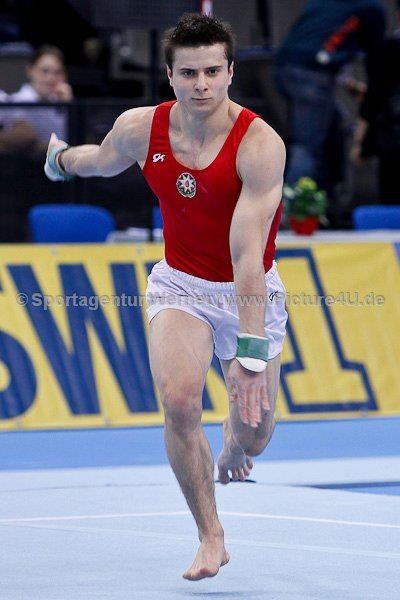 An Azerbaijani gymnast Shakir Shikhaliyev has qualified for the Olympic Games to be held in London this summer. A 21 year-old gymnast from Baku gained this cherished ticket to the Games-2012 having performed at the 2nd Qualification Test Event taken place in the forthcoming Olympiad’s capital. Performing in the all-around, he received 80.532 points which enabled him to enter in the list of sportsmen who had already secured their places at the Olympic Games.
Shakir Shikhaliyev has become the first artistic gymnast in the history of independent Azerbaijan who qualified for the Olympiad for the last 20 years. Last time, our country was represented by Valery Belenky in Barcelona long ago in 1992 where he became an Olympic Champion. And it is quite symbolic that Shikhaliyev has now been coached by Belenky together with a USSR’s honored coach Anatloy Yarmovsky for 3 years.
“I am very happy and extremely proud that I will represent my Azerbaijan here but in the Olympiad this time! My persistent trainings were not in vain and even some nervousness in my activities at the podium training have not prevented me from performing with confidence and without any fall on all six apparatus today. I would like to express my gratitude to the leadership of our Federation, who trusted me, to my coaches and to all the people who worried about me and supported me,” the Olympic qualifier said in his express-interview to the press service of Azerbaijan Gymnastics Federation.