SHAKIR SHIKHALIYEV PERFORMED AT THE OLYMPIAD IN LONDON 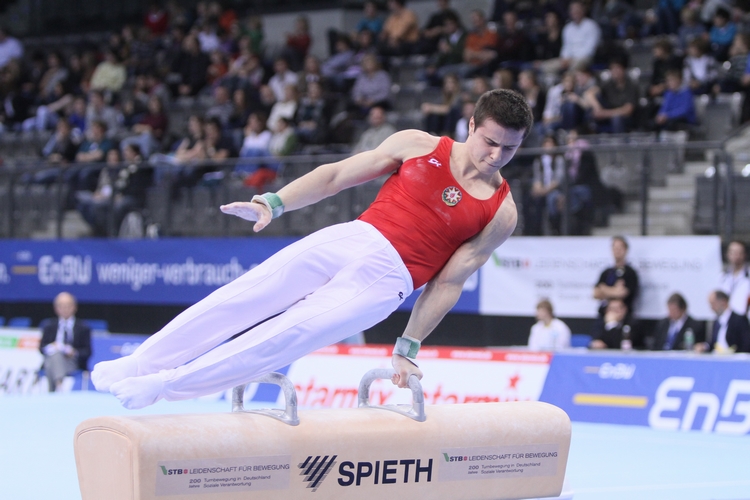 An Azerbaijani gymnast Shakir Shikhaliyev has performed at the Olympic Games being held in London.

The 21-year-old Baku gymnast took the 40th place in the qualification of the Olympic event having received 80.364 points in the all-around. Shikhaliyev showed his best result on vault when he received 15.433 points from the Olympic judges’ board. Unfortunately, the points earned by Shikhaliyev did not enable him to reach the final of the Olympic tournament.

It should be mentioned that the country was represented in this sports discipline at the Olympic Games for the first time in history of independent Azerbaijan. Before, just in 1992, Valery Belenky from Baku performed in the composition of the CIS’s Unified Team when he became the Olympic Champion in a team competition and the bronze medalist in the all-around in Barcelona.

As to Shakir, according to his coaches, 3 components are necessary to improve the results and perform stably in this sports discipline: strong character, persistence and years. And being qualified for the Games-2012, Shikhaliyev have already won a small victory. And this is namely the case when an Olympic slogan “the main thing is not a victory but a participation” is acknowledged to be a great achievement in itself.