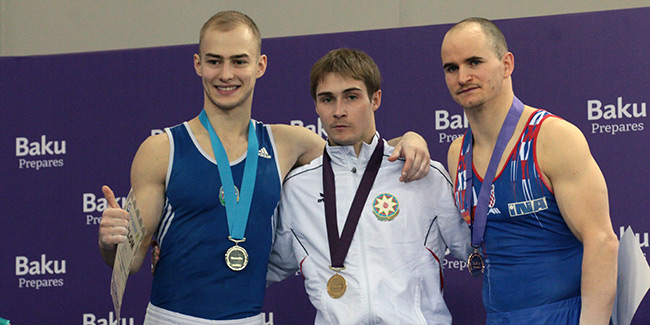 The winners of the competitions in men’s and women’s artistic gymnastics were announced at the National Gymnastics Arena today.

Azerbaijani gymnast Oleg Stepko became the champion of the country on four apparatus pommel horse (14.993), rings (14.466), parallel bars (15.366) and horizontal bar (14,200). He also had another gold medal - for the all-round, which he won on the first day of the championships.

At the moment, competition in aerobics and trampoline are being held at the Arena.