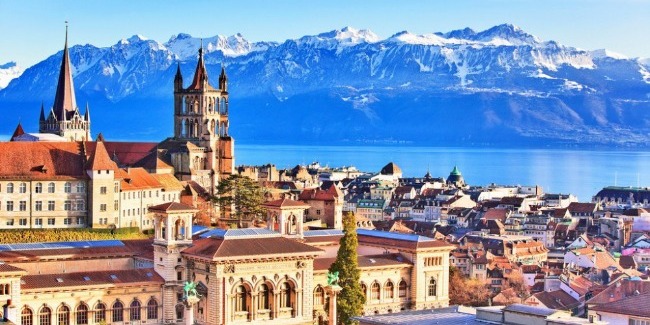 The 28th European Championships in artistic gymnastics took place among men in the world’s Olympic capital, Lausanne, splendidly stretched on the high hill at the northern coast of the Lake Geneva and which has been a cradle of culture for centuries.

Sports “Hall Malley”, the arena of a local hockey team, seated 300 gymnasts (seniors and juniors) from 40 countries of the Old World. Azerbaijan was represented by 1 senior Sabuhi Aslanov and 1 junior Shakir Shikhaliyev, taking first debuting steps on the international arena.

It should be noted that Shakir Shikhaliyev having smoothly and mainly without falling performed on all 6 apparatuses, did not put in a spot neither himself nor the coaches. He took the 47th place among 140 competitors in the all-around having received 75.65 points. And according to the judges, his best performance was a vault, where he became the 31st with 15.1 points.

“He could have been a finalist on this apparatus,” the tutor with an experience, Shakir’s coach Felix Karasik, said. “We had trained all these jumps, elements and complications, somersaults and twists at training camp in Minsk, but he needed only 0.3 points. Shakir has a great potential, he wants to work, to learn. It is worth seeing how his eyes are sparkling during trainings. I am simply sure he will give high results soon,” Felix Karasik said.

Performing only on 2 apparatuses, Sabuhi Aslanov also gave his best result on the vault having taken the 65th place (14.775 points).

The European championships in Lausanne also remained in memories by a debut of 2 Azerbaijani judges Rza Aliyev and Elshan Aliyev who have international categories. They entered into the board of judges in qualification, as well as in team and individual finals. The heads of Technical committees of European and International federations positively assessed their work in the course of judging in the championships.

As to the winners, gymnasts from Great Britain sensationally became the European champions in the team competition among juniors. The second place was taken by Russia, and the third place was taken by Germany, where our countryman, the famous Azerbaijani gymnast, the Olympic champion of Barcelona-92, Valery Belenki, works as a coach. “Now, I can say that I am a medalist not only as a gymnast but also as a coach. I am very happy,” the specialist, who will be 39 this year, said.

German gymnasts have already won silver medals in the team competition among seniors in Euro-2008. Russia won the gold medal, and the bronze medal was won by a Romanian team.