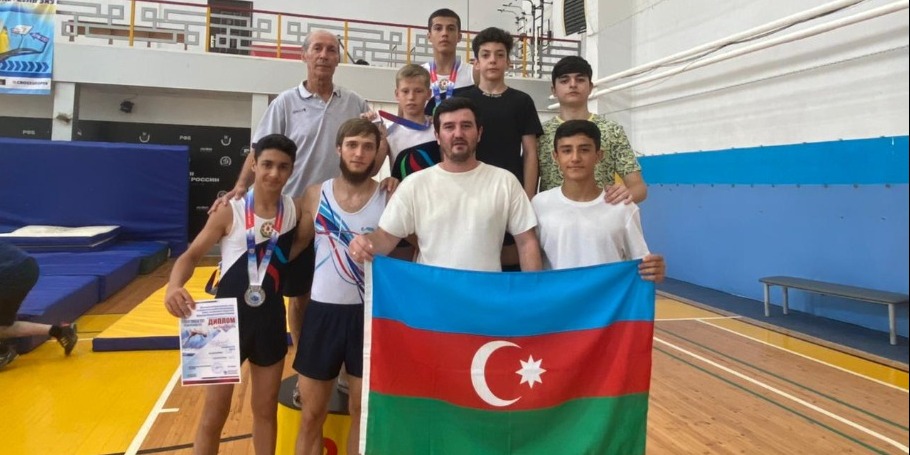 The Azerbaijani representatives in Tumbling took part in a training camp and the following competition which were held in the City of Mineralnye Vody (Stavropol region, Russia).

Our tumblers Mikhail Malkin, Bilal Gurbanov, Tofig Aliyev, Adil Hajizada, Huseyn Asadullayev, Aleksey Karatashov and Elnur Mammadov set out for Russia for participation in the training camp and the competition.

The training session, which began on June 23, came to an end on July 1, 2021. This was followed by a tumbling competition called "Zvyozdi prijkov" ("Jumping Stars"). Mikhail, who competed among seniors, Adil and Bilal representing Azerbaijan among juniors, took the 2nd place, while Alexey ranked 3rd in the tournament. Our other gymnasts Huseyn, Elnur and Tofig competing among seniors became the 12th, 10th and 8th accordingly. 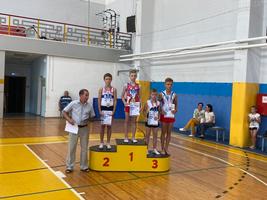 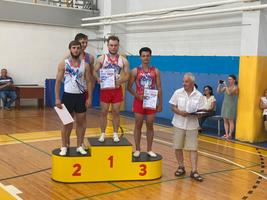 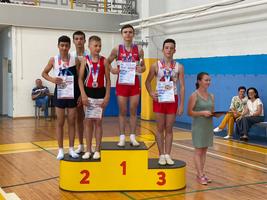 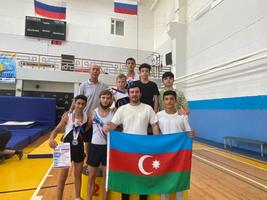