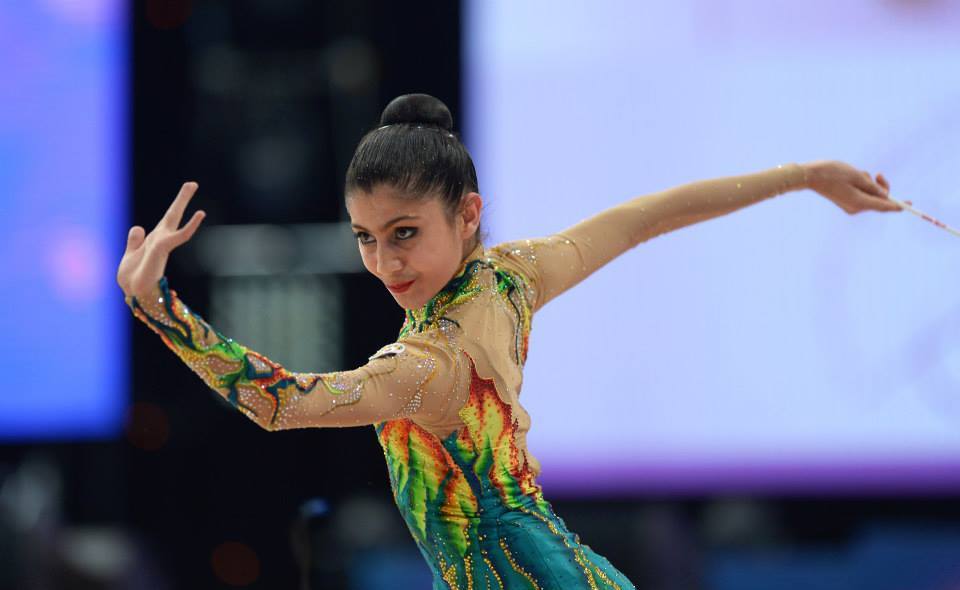 The way of gymnasts, who are preparing for the First European Games to be held in our country, passed through Tashkent and Anadia last week.
The World Cup in Rhythmic Gymnastics took place in the capital of Uzbekistan, where gymnasts Ayshan Bayramova and Zeynep Celep represented our country. Ayshan Bayramova stopped a step away from the final having taken the 9th place in an exercise with clubs. She was 13th in the all-around. We would like to remind you that Ayshan became the 16th in the all-around at the European Championships in Minsk (Belarus) three weeks ago which was her first such a significant event.
Azerbaijani women artistic gymnasts were competing in the World Challenge Cup held in Portuguese Anadia city. Marina Nekrasova and Yuliya Inshina showed the best result among our gymnasts having taken the 10th places for the performance on the balance beam and floor exercises accordingly.