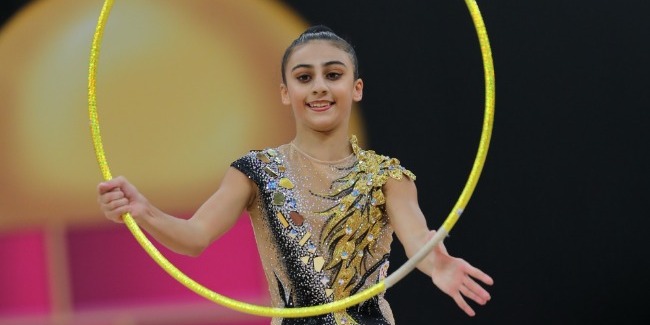 The 37th Rhythmic Gymnastics World Championships has commenced in Baku - capital city of Azerbaijan on September 16. More than 300 gymnasts from 61 countries will participate in the event.

It should be mentioned that current Championships is not the only competition held in this discipline in Baku this year. Thus, there were also held the FIG World Cup and the European Championships in Rhythmic Gymnastics in April & May accordingly.

Moreover, it should be mentioned that along with the contest for the medals at the World Championships, there will also be a Qualification for the Olympic Games to be held in Tokyo.

During this competition, the guests of the Championship, as well as fans will be entertained by fluffy, green frog "Gur-Gur" with a height of 180 cm.