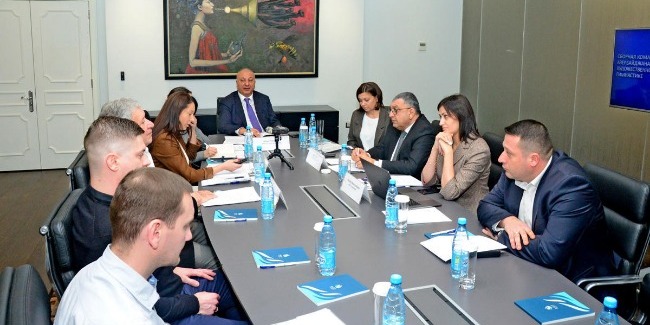 There was held the 34th meeting of the Executive Committee (EC) of “Azerbaijan Gymnastics Federation” Public Association (AGF) on December 20.

The AGF EC members, the representatives of the Federation and the Head Coaches of the National Teams in gymnastics disciplines attended the meeting dedicated to the year`s summing up.

A number of important issues concerning the Federation`s activities, were included into the meeting`s agenda.

First, there were awarded the medalists of the Trampoline Gymnastics World Age Group competitions (Tokyo, 2019) and their coaches at the meeting.

Afterwards, the annual reports of the AGF Secretary General, Head Coaches of the National Teams in gymnastics disciplines, as well as sport organizations closely cooperating with the Federation, made annual reports.

One of the main points of the agenda was the discussion and approval of the AGF's Technical Regulations, made on the basis of the rules of the International Gymnastics Federation (FIG) and adapted to the national competition programs.

Moreover, having assigned the date of the AGF General Assembly to be held in early 2020, the EC approved its agenda.

There were also discussed the plans to be implemented in 2020 as one of the main issues of the agenda. 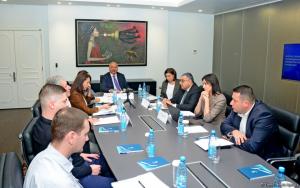 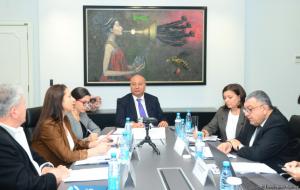 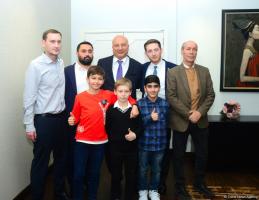