The first national Championships of the Season takes place 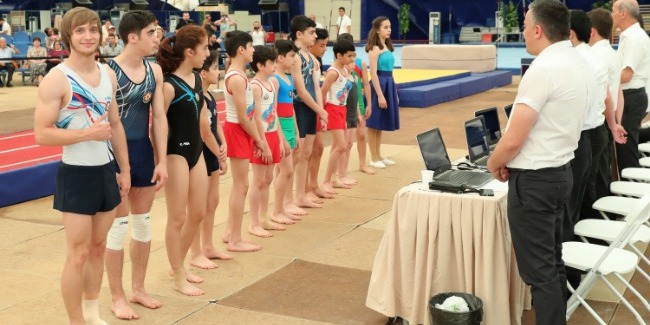 At the events, along with the experienced athletes, little jumpers on Trampoline and the representatives of Tumbling tested their strength.  Along with the coaches, the gymnasts` performances were watched and supported by their parents as well.

At the end of the tournament, the member of the National Team in Trampoline Gymnastics – Ruslan Aghamirov were honored with the title of “Master of Sport” issued by the Ministry of Youth and Sports of the Republic of Azerbaijan.

The more detailed information about the competitions are available on the Federation's website - http://agf.az/az/competitions/.