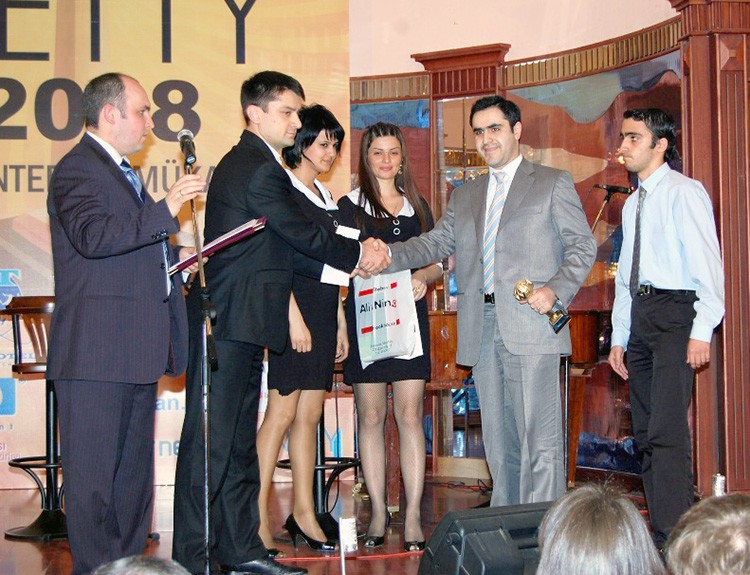 According to the press service of Azerbaijan Gymnastics Federation, she gave such a result in a final exercise with a hoop – 16.75 points. In the all-around, Gurbanova won the 9th place – 67.325 points. Olga Kapranova (Russia), Anna Bessonova (Ukraine) and Inna Jukova (Belarus) were announced as the winners.

The last tournament, before the European Championships to be held in June, will be the Grand Prix in Holon, Israel (May 23-25). Other gymnasts of the national team, as well as an Azerbaijani group team, which has held open test training, will leave for Israel together with Anna Gurbanova.

The collective’s tutor, a Bulgarian specialist Mariana Vasileva, reviewed the first exercise with 5 ropes having changed both the structure and its musical accompaniment. According to her, both the audience and the referees, who will judge a new performance during the Olympic Games in Beijing, will like it. “As to the second exercise with 3 hoops/4 clubs, we are simply training it,” she said.

The vice-president of Azerbaijan Gymnastics Federation, Altay Hasanov, who attended the training, noticed a spark in performances as well as in the gymnasts’ eyes. “In order to perform with dignity in the European Championships and the Olympic Games – in these two very important tournaments – you must be especially motivated this summer. First of all, you have to take a grip on yourselves and then everything will turn out well,” the vice-president stated.

Meanwhile, a casting of lots of the gymnastic tournament of the Olympic Games has taken place. According to the casting of lots, the group team of Azerbaijan will perform with 5 ropes in the qualification of the all-around as the 8th in number among 12 competitors. And the next day, our group will perform second with 3 hoops/4 clubs.

Both individual gymnasts Aliya Garayeva and Dinara Gimatova will start their performances in the qualification of the all-around with a hoop in a sequence number 8 and 12 among 24 competitors in PRC on August 21. And the next day, our gymnasts will perform 20th and 24th in a final performance with clubs.

Finally, there was held a solemn ceremony of presenting of the Azerbaijani National Internet prize “NETTY-2008” in Baku leisure center on May 17. NETTY’s academicians announced the best national websites of the current year on 14 nominations in an official environment. It is pleasant to note that the Azerbaijan Gymnastics Federation’s website www.agf.az took the first prize in a “Sports” nomination having received the Cup and certificate.