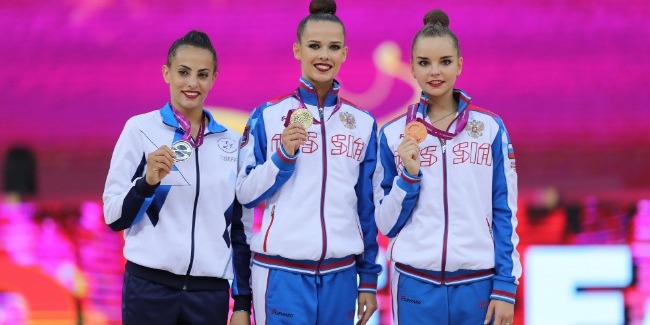 At 10:00, on September 17, Individuals` qualification began with a hoop and a ball. Like yesterday, Zohra Aghamirova and Veronika Hudis represented the National Team of Azerbaijan, and demonstrated performance with a ball today. Aghamirova received a score of 19.950 from the judges, while Hudis got 17.700 points.

According to the results of performances with a ball and a hoop, Aghamirova took the 20th place, while Hudis finished the tournament on the 44th position.

At 19:30, on the same day, the first medalists in the exercises with a hoop and ball were determined.

So, in exercises with a hoop, Dina Averina from Russia (23.350) won to the Bronze medal. “Silver” went to the representative of Israel, Linoy Ashram (23.400). The Gold medal in this program was won by Russia thanks to Ekaterina Selezneva, who became unreachable for rivals with 23.500 points.

As for the routines with a ball, as well as in the previous form of the program, two of the three places on the podium went to the Russians.

This time, the Israeli Ashram was content with the Bronze (22.400). Arina Averina won the Silver medal (23.050), which became her first (and most likely not the last) medal at the World Championships in Baku. Her sister Dina, in her turn, celebrated the victory, significantly breaking away from the competitors (23.500).

Then, the Award Ceremony took place. In honor of both winners, the Russian anthem was sounded twice at Milli Gimnastika Arenasi (National Gymnastics Arena).

It should be noted that gymnasts are competing for the right to reach the All-Around Final. Their results will determine the medalists in a team competition.

In addition, the competition is qualifying. The best 16 gymnasts according to the All-Around Final results, as well as five group teams will receive the tickets for the Tokyo-Olympic Games.

Today was remarkable for a large number of fans on the stands. Numerous flags of Russia, Ukraine, USA, Italy, Israel, Bulgaria as well as other countries, showed that gymnastics is loved all over the world.

Meanwhile, the mascot Gur-Gur, beloved by Baku public, again appeared before the audience on the second day of the competition. He entertained the public, as well as the guests of the competition with his interactive performances and games with children. 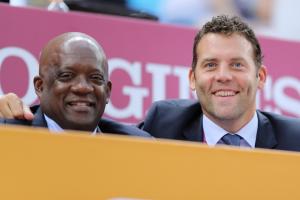 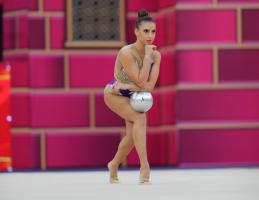 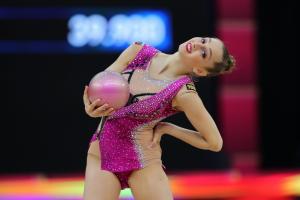 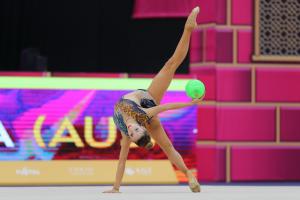 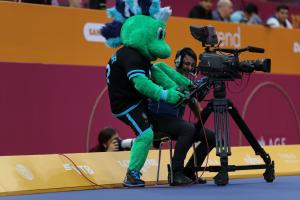 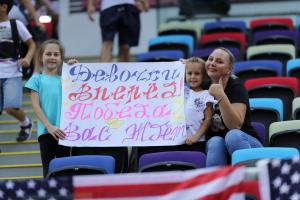 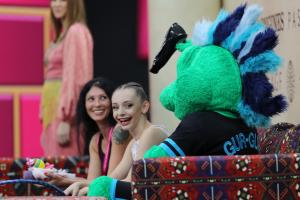 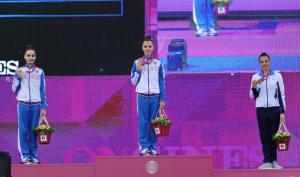 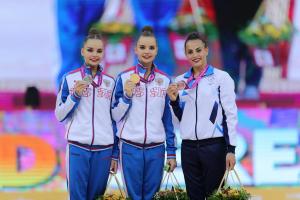