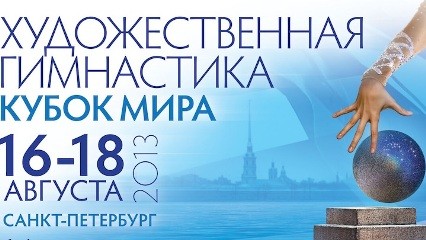 An Azerbaijani gymnast Marina Durunda reached and performed in all four finals. Her best performance was recorded in her last exercise with a ribbon - the 5th place where she needed just 0.4 points to take the third place. Marina's result in the all-round is as follows – the 6th position among 54 participants.

Another competitor for the main prize Lala Yusifova stopped 2 steps lower than her teammate. A scene from the silent film with ever-living Charlie Chaplin expressively performed by Lala in her exercise with a ball, which is one of the colorful and unusual compositions of the season by the way, could not be overlooked by judges and led her to the only final with a round apparatus. Unfortunately, this exercise did not bring her any medal-winning place but the audience saw motions and facial expression of the comic actor as if on the small screen in old good movie, of course, except the pirouettes, fouetté and catching of apparatus.

One more final is on the credit side of the country’s group team taken the 8th place in an exercise with 3 balls and 2 ribbons. Sabina Garatova, Sabina Abbasova, Mansura Bagiyeva, Aliya Pashayeva, Siyana Vasileva, Irada Ahadzade showed similar results among 24 teams in the all-around.

The coaching staff of the national team was content with the gymnasts' performances."After two-month break in tournaments, the girls made themselves known with confidence having reached the finals with all distinguished rivals except the Ukrainian gymnasts who were absent. But now our mind is already occupied with Kiev. There is not too much time left till the World Championships - a little more than a week. So, we will correct mistakes made in St. Petersburg", the national team’s head coach Mariana Vasileva said.