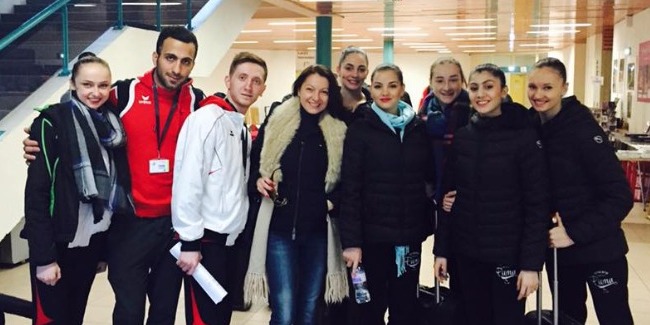 This weekend, traditional Grand Prix in Rhythmic Gymnastics has been held in French Thiais.

At the events, Azerbaijan was represented both among the teams in group exercises and in the individual program.

The group team consisting of Siyana Vasileva, Aliaksandra Platonova, Ayshan Bayramova, Diana Doman and Elif Zeynep Celep stopped a step away from the medals, having taken the 4th place in the final exercise with 3 pairs of clubs and 2 hoops. The group, also performing in the final with 5 ribbons, became the 6th. And the girls took the 7th place in total of 2 exercises.

The team’s leader, Marina Durunda, demonstrating her new program on the international arena for the first time, ranked 6th in the final exercise with a ribbon and became the 8th with a hoop and clubs. And, in the all-around, Marina took the 10th position.