TWO MEDALS AND TWO GALAS ON THE NEW YEAR’S EVE 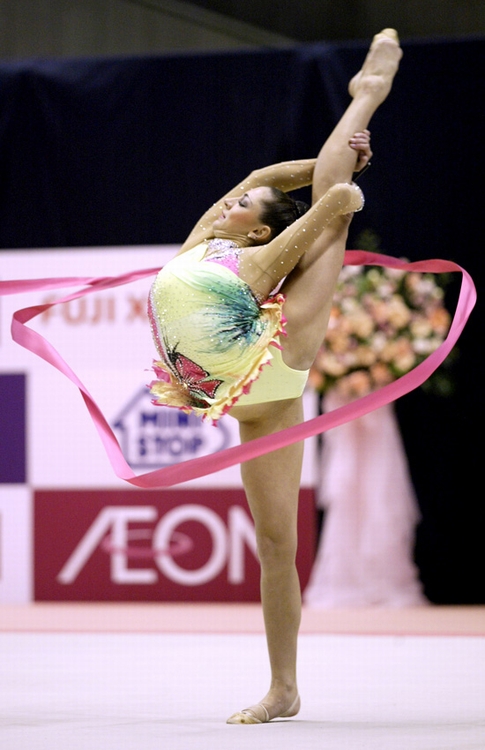 An Azerbaijani gymnast Anna Gurbanova has won two medals in the course of the international tournament held in Italian Udine every year.
According to the press service of Azerbaijan Gymnastics Federation, Gurbanova became the bronze medalist in individual competitions after a Russian Natalya Bulicheva and Yana Berezko representing Germany as per the results of four exercises.
Our sportswoman was presented with the second award in a team competition where Azerbaijan shared the second place with Russia. The “gold” was won by Germany, and the “bronze” was taken by Belarus.
And girls of the country’s junior group team celebrate New Year’s Eve in an elevated mood as well. And there is nothing surprising in it! The bronze medalists of the Euro-2011 in Minsk Lala Yusifova, Aysha Mustafyeva, Aynur Jabbarli, Mansura Bagiyeva, Siyana Vasileva and Sabina Garatova, including the planet’s other well-known teams and gymnasts, were especially invited to perform in the GYMGALA in Belgium.
The exercise of Azerbaijani gymnasts with ropes, to the accompaniment of soundtrack from the well-known “Big City Lights” film with leotards in the style of an inimitable comic actor Charlie Chaplin’s image suggested by shirtfront and bow tie, was met and seen off with exclamations “bravo” and “encore” in two cities of this country – Liege and Ghent!
Another Gala-show will be held in Baku on the New Year’s Eve. The national team’s gymnasts will participate in the New Year’s fairy-tale show “Jirtdan and Grinch” to take place at Baku Olympic Sports Complex on December 21.