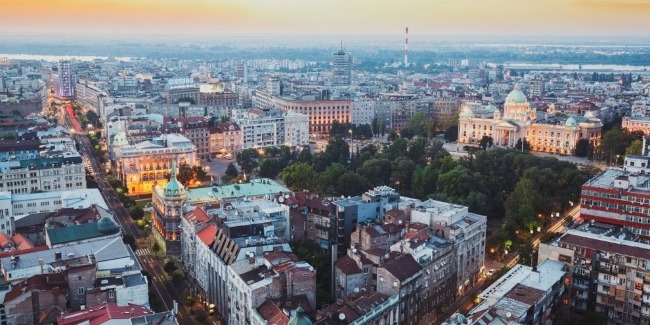 Azerbaijani gymnasts’ best result at the Universiade in Belgrade was the 7th place won by Anna Gurbanova.

According to the press service of Azerbaijan Gymnastics Federation, separate finals were held on the tournament’s last day. Gurbanova took part in the final with a hoop and took the 7th place having received 25.85 points.

The country’s second gymnast Aliya Garayeva performed with other apparatus – a ball. Having received 25.35 points, she became the 8th.

And according to the all-around results, Gurbanova received 100.675 points and took the 9th place among 35 competitors.

And Garayeva came in twelfth with 99.2 points. The champion of the Olympic Games in Beijing, a Russian Yevgeniya Kanayeva, who was distinctly taking the lead over other gymnasts following her, became an overall winner.

From the Universiade, our gymnasts have left for the World Games to be held in Kaohsiung (Taiwan) on July 17-19. Later, women’s pair in acrobatic gymnastics consisting of Ayla Ahmadova / Dilara Sultanova, which is completing their training camp in Minsk, will join to them. Their tournament will take place on July 20-22