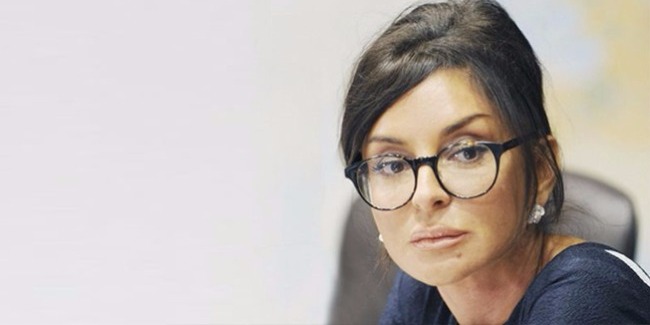 Today – October 7 is a remarkable day for Azerbaijan Gymnastics Federation (AGF). 15 years ago, with an election of the country’s First Vice-president Mrs Mehriban Aliyeva as the AGF President, the reestablishment of the Federation was officially ratified at its founding conference. Since that day, there has been commenced a development of gymnastics in Azerbaijan, which, in other words, can be called a revival of gymnastics in independent Azerbaijan.

The development of gymnastics in the country within 15 years is mainly characterized with dynamism, tendency to mass involvement of the population in gymnastics disciplines and taking firm position in the world gymnastics community, as well as determination and confidence in all undertakings.

Prize-winning places taken by Azerbaijani gymnasts at the European Championships, participation of athletes in the Olympic Games, holding of large-scale UEG (European Union of Gymnastics) and FIG events, election of AGF representatives to the governing bodies of the given organizations, hosting of meetings of the FIG Authorities are results of efficient strategy committedly carried out from the first days after the revival of gymnastics in 2002.

Milli Gimnastika Arenası (National Gymnastics Arena, MGA) specialized in all 6 competitive gymnastics disciplines and hosted all large-scale competitions held in Baku from the day of its opening in 2014, is in the spotlight of not only the gymnasts, willingly joining the training camp, but, all the sports fans from different countries of the world with its uniqueness.

On behalf of AGF collective, we congratulate the whole gymnastics community, at the head of its President Mrs Mehriban Aliyeva, on the Federation’s Anniversary. We express our gratitude to Mrs Mehriban Aliyeva for her support and care, incredible organizational abilities of the leader which brought us to 15-year successful activity.