WITH THE SIX PLACE FROM AMERICA 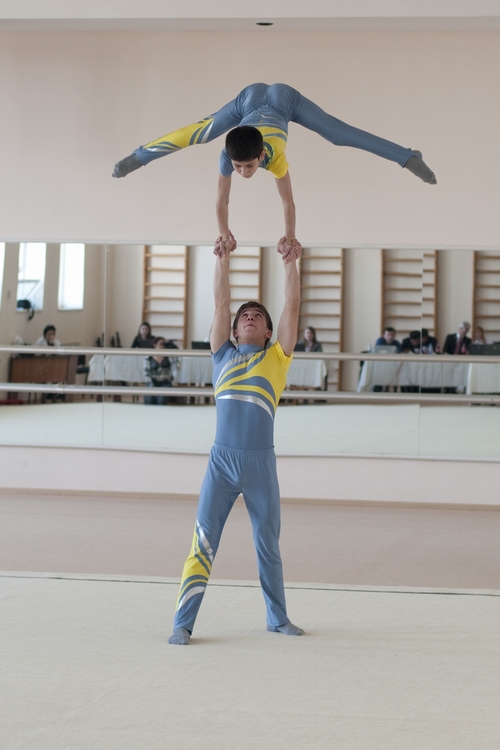 According to the press-service of Azerbaijan Gymnastics Federation, after the balance (25.85 points) and tempo (26.2) exercises in qualification, the boys had become the 7th and acquired a right to demonstrate mixed combination to the international judges and the audience gathered in Florida.

In the final, the acrobats received 26.4 points which enabled them to win a place higher than in the qualification and take the lead over the rivals from Poland and Spain. Russian acrobats became the champions here.

The second participants of the event, women’s pair, Aynur Huseynova and Narmin Ramazanova, took the 11th place among 17 duets in the all-around.

At the same time with the World Age Group Competitions in America, there was held the World Championships among seniors where women’s pair, Afag Maharramli and Parizad Guliyeva, participated in. The girls received 79.201 points and took the 7th place in the all-around.