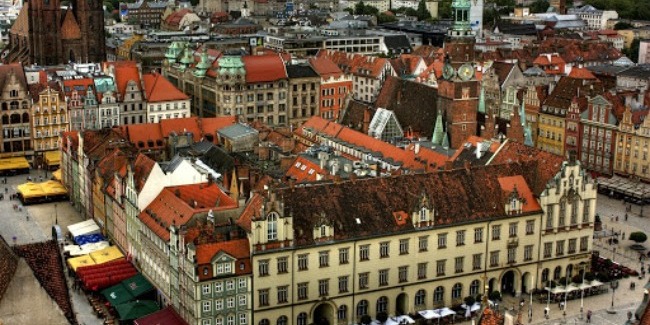 The World Championships in acrobatic gymnastics with a participation of Azerbaijani sportsmen, has come to the end in Wroclaw, Poland.

According to the press service of Azerbaijan Gymnastics Federation, women’s pair – Ayla Ahmadova and Dilara Sultanova, as well as men’s pair – Rustam Najafguliyev and Elchin Mammadov, demonstrated their performances in Poland.

On the competitions closing day, Ayla and Dilara performed in the qualification with a combined exercise. They received 27.959 points and took the 3rd place with 84.98 points according to the results of the preliminary stage, although they had been going first after two first exercises.

And in the final with a participation of six best duets, Ahmadova and Sultanova received 27.9 points and became only the 4th losing to Ukraine, Belarus and Russia.

As to Rustam Najafguliyev and Elchin Mammadov, they took the 11th place with 77.613 points after three exercises and failed to qualify for the final.