Women's artistic gymnasts complete their performances at the European Championships 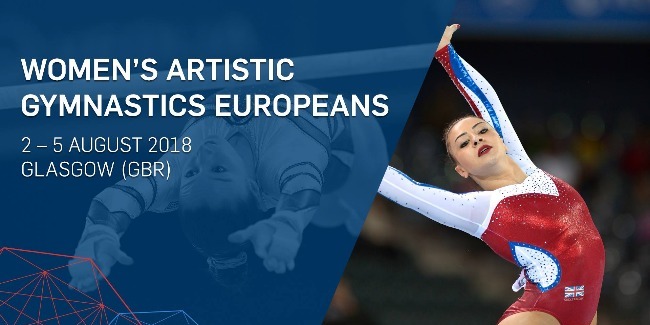 The European Championships in Women’s Artistic Gymnastics commenced both among junior and senior gymnasts at the SSE Hydro in Glasgow (Great Britain) on August 2.

Along with 137 gymnasts from 35 countries, representatives of Azerbaijan also took part in the Continental Championships.

Unfortunately, our gymnasts Marina Nekrasova and Mariia Smirnova were not able to execute their whole program on all apparatus as they sustained an injury during their performances. Another gymnast Yuliya Inshina performed on all 4 apparatus and showed her best result on Vault, having ranked 21st (12.816).

Our country was also represented in the junior women’s program of the European Championships. Despite of the fact that this discipline had started to be developed in Azerbaijan within the last four years, our young gymnast already tested her strength in the event of this kind. Thus, our participant Samira Gahramanova, having executed her program with confidence on all 4 apparatus, ranked 62nd among 82 gymnasts in the All-Around.

It should be mentioned that the European Championships in Men’s Artistic Gymnastics will be held on August 9-12. Our country will be represented by Murad Agharzayev, Dariy Morozov, Ivan Tikhonov, Nikita Simonov among senior gymnasts while Ramin Damirov, Javidan Babayev, Samad Mammadli, Aghamurad Gahramanov and Rustam Akhmad will compete among juniors.