" I dream of representing Azerbaijan at major international competitions" 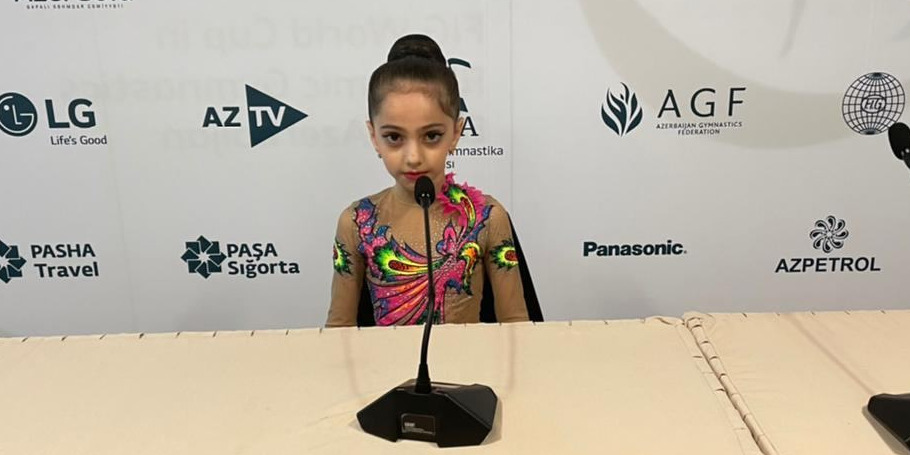 "I'm eight years old, I've been doing gymnastics since the age of four. I watch the performances of Zohra Aghamirova and Arzu Jalilova, members of the Azerbaijani national team, with great interest and I root for them when they represent our country at international tournaments," the young gymnast said.

According to Saatova, she gains a lot of competitive experience participating in the Baku Championship.

"Today, I've presented a program without a subject, tomorrow I will demonstrate exercises with the ball. I like to compete and perform in such a beautiful hall. My dream is to represent Azerbaijan at major international competitions in the future," she said.