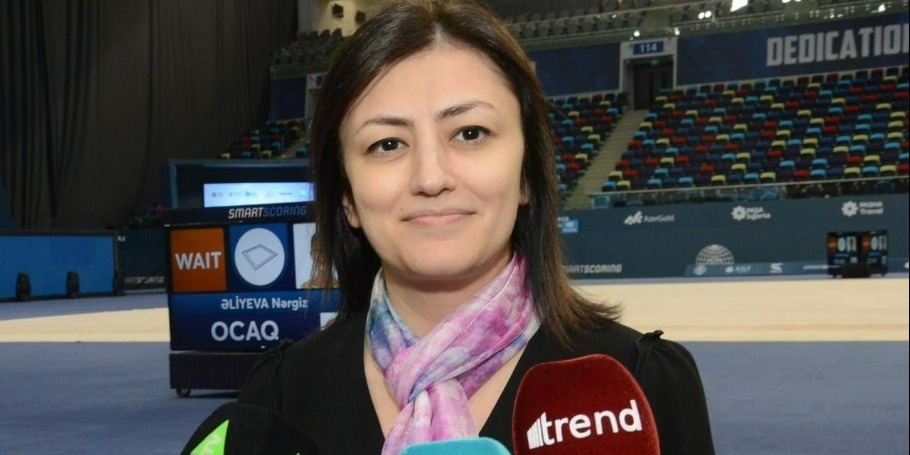 "The competitions in Azerbaijan, as well as around the world were postponed due to the COVID-19 restrictions. Taking part at these competitions after a two-year break is of great importance for our athletes. The AGF hosted the 27th Azerbaijan Championship in Rhythmic Gymnastics in March 2022, and today, the Baku Championship has started. Young athletes are competing in three age categories and presenting their programs based on new rules of the Olympic Cycle in rhythmic gymnastics," Mammadzade said.

In total, 186 gymnasts, including 123 individual and 63 group gymnasts (14 groups) participate in the Championships. The winners in the team standings will also be determined at the competitions.

According to her, the AGF is aimed at developing gymnastics not only in Baku, but also in the regions of the country. Thus, to date, gymnastics departments operate in 25 regions.

"We're trying to develop all gymnastic disciplines in the country's regions. Young coaches, who once were successful athletes, work in the regions and share their knowledge and experience with young gymnasts," she added.

The 27th Baku Championship in Rhythmic Gymnastics among Age Categories is being held at the National Gymnastics Arena on May 3-4.

During the two-day competition, gymnasts will compete in the Individual all-around and in group exercises.