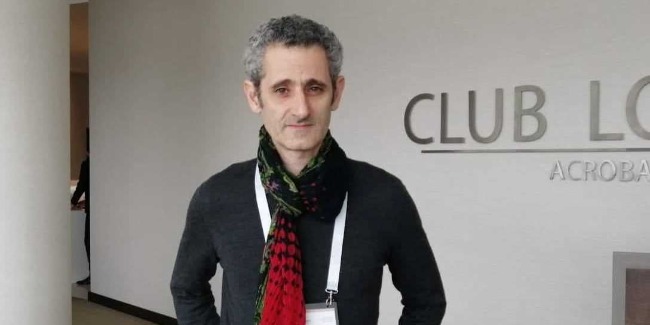 Various sporting events are regularly held in Azerbaijan, and it is obvious that the country plays an important role in international sports, French Ambassador to Azerbaijan Zacharie Gross told.

“I am glad that the FIG World Cup in Trampoline Gymnastics and Tumbling is being held in Baku,” Gross said. “France is also a sports country, so we are very glad to be here and support the national team of our country and other teams. The atmosphere is great in the National Gymnastics Arena.”

The diplomat emphasized that the competitions are important for athletes, and they can be called preparation for the Tokyo 2020 Olympics.

Speaking about the development of gymnastics in Azerbaijan, Zacharie Gross added that this sport is available to everyone in the country.

“This is a very democratic sport,” the ambassador said. “It is important that as many people as possible do gymnastics, including children and adolescents.”

Gross also added that he hopes for close cooperation in the future between France and Azerbaijan in the field of sports.