The Azerbaijani gymnast: “AGF Junior Trophy international tournament is some kind of preparation for the European Championships for us” 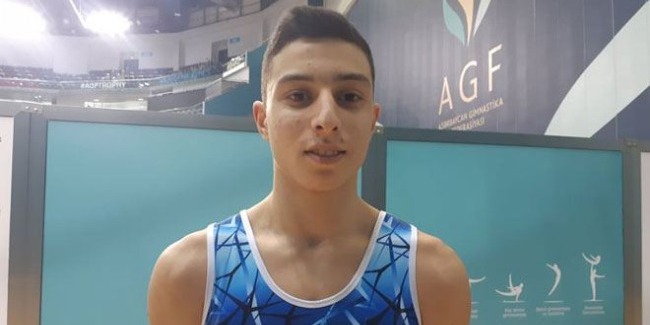 The 1st AGF Junior Trophy international tournament in Men`s Artistic Gymnastics, for us, is some kind of preparation for the European Championships to be held in May this year.

This was stated by Azerbaijani gymnast Aghakazim Rustamov.

He emphasized that they gain experience thanks to this tournament:

“We analyze our performances and improve our routines. We worked hard during the preparation for the competitions and we had trainings twice a day. We will prepare for the European Championships with more efforts in order to show the better results and make the fans happy”.

A.Rustamov added that he feels a big responsibility when he performs in the tournament held in home country.

In this event, Azerbaijani gymnast Samad Mammadli also participates out of competition.