Coaches praised me for my successful performance - gymnast 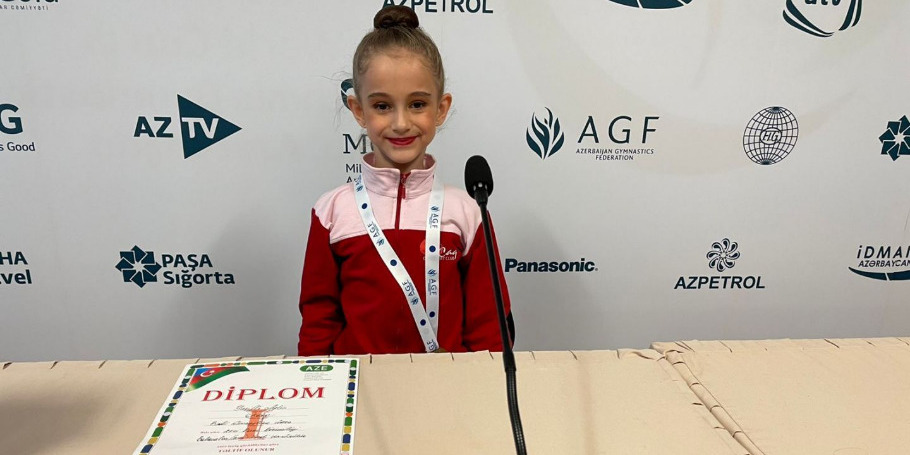 Yusifli made the remark on the sidelines of the championship on May 4 in Baku.

The gymnast being a pupil of the "Ojag Sport" club won a medal in the youngster age category among athletes born in 2013.

“I was satisfied with the participation in the championship, the result made me very happy. Everything was great, I managed to complete the program well and get high marks from the judges. The most important thing is that the coaches were satisfied,” the young athlete said.

According to her, all the competitors at the championship were strong.

"I will continue training and work out the elements more diligently to show a decent result at the next competitions. My favorite gymnast is the Azerbaijani athlete Zohra Aghamirova. I always take an example from her," added Yusifli.