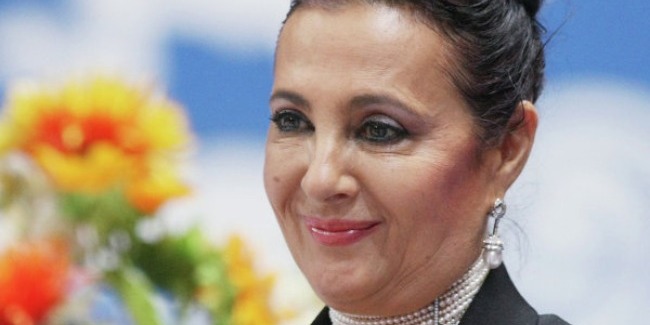 The hall of the National Gymnastics Arena in Baku is magnificent, head of the Russian Rhythmic Gymnastics Federation Irina Viner-Usmanova told Trend on April 28.

"The hall is magnificent, the audience is great,” she said. “The perfect conditions have been created for training.”

While commenting on the performance of the Russian team in Baku, Viner-Usmanova stressed that sisters Dina Averina and Arina Averina won medals in the individual program, as well as gold and silver medals in the all-around competitions.

“So the results are not bad, but we have revealed mistakes and we should work on them,” she said.

Viner-Usmanova stressed that the World Cup is the last competition before the European Championships.

The finals of the FIG Rhythmic Gymnastics World Cup were held at the National Gymnastics Arena in Baku on April 28.

Six sets of medals were awarded (four in individual exercises and two in group exercises) today.

Zohra Aghamirova represented Azerbaijan in exercises with a hoop.

More than 200 gymnasts from 39 countries participated in the World Cup. During the event, 25 teams competed in group exercises and more than 70 gymnasts performed in individual programs.