Two-day competition in rhythmic gymnastics wrapped up in Baku 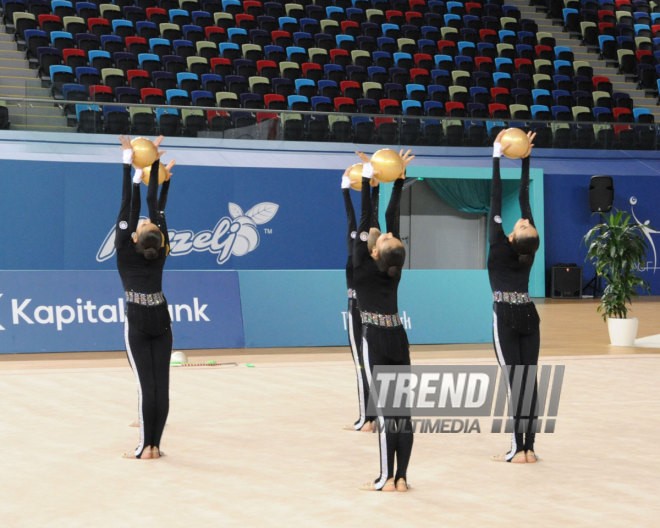 A two-day competition in rhythmic gymnastics wrapped up at the National Gymnastics Arena. Representatives of 13 clubs, including not only gymnasts from Baku, but also from Goychay, Kurdamir, Gusar, Sumgait and Khyrdalan have fought for the title of the best.

These competitions have broken the record for the number of participating gymnasts. Some 122 athletes came together in the country’s biggest gymnastics hall.

Zhala Piriyeva ranked the first among those born in 1999-2001 following the results of the national championship and Baku Championship.

The competition ended with the demonstrational performances of different gymnasts, among whom very young athletes participated.