Azerbaijani gymnasts at the Gymnaestrada for the first time! 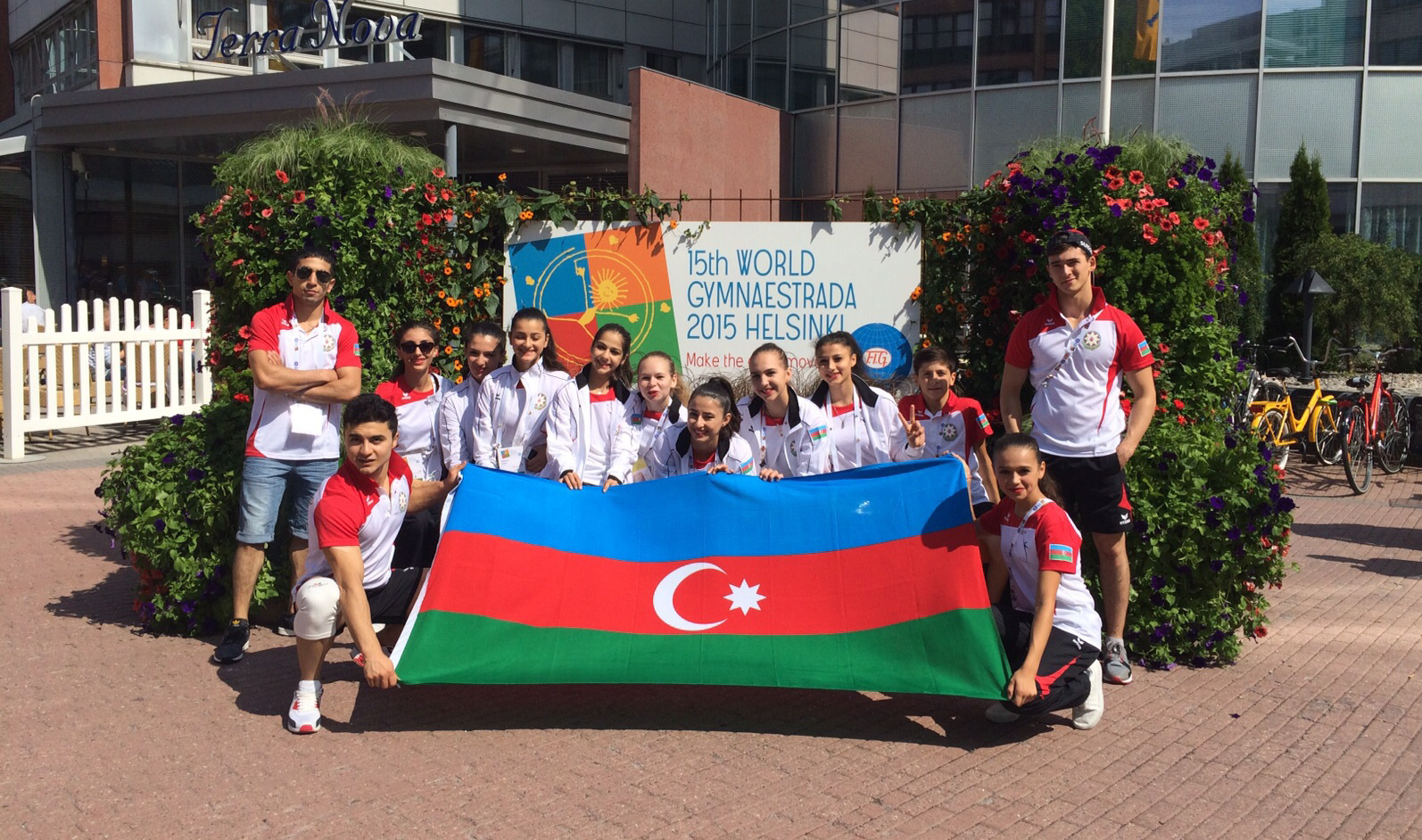 Less than a month after gymnastics festival in Baku within the 1st European Games, Azerbaijani gymnasts have joined the 2015 World Gymnaestrada started in Finnish Helsinki on July 12. The Gymnaestrada, taking place every four year, attracts attention with the fact that representatives of different gymnastics disciplines, religions, cultures and social standings demonstrate Gala performances. This is a kind of world gymnastics festival which amazes the audience with its colorfulness, spectacular shows and diversity in non-competitive atmosphere.

Despite the fact that representatives of all five continents take part in the Gymnaestrada, it is especially popular among the European countries. Austria, Belgium, Denmark, Finland, Great Britain, Germany, the Netherlands and Sweden participated in every single edition since the inaugural event in Rotterdam (the Netherlands) in 1953. But the countries such as Belarus, the Dominican Republic, Mozambique, Peru, Puerto-Rico and Zimbabwe, like us, share a joy of this immense gymnastics show for the first time.

A peculiarity of the 15th World Gymnaestrada in Helsinki is the Midnight Sun Special initiated by the organizers for celebration of Finnish long summer nights and comprises the World Team Performances.

The exhibitory performances of gymnastics festival lasting for 200 hours in total, will come to an end on June 18.