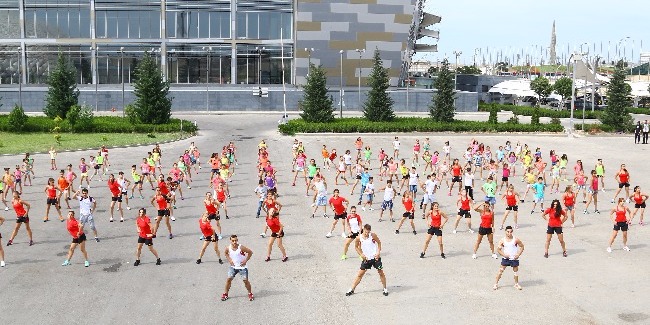 For the second consecutive year, an entertaining flash mob, encouraging people to join gymnastics and heathy lifestyle, will be simultaneously organized in the cities of Europe on the initiative of the European Gymnastics Union (UEG).

This year, your favourite gymnasts are waiting for you – all gymnastics fans without age restriction, everybody physically active and joyful - at the yard of Milli Gimnastika Arenası (MGA) at 13:00 on September 17.

Join a flash mob, to be held at 1000 cities of Europe at the same time!