Azerbaijani gymnasts ready to do their best at Baku World Cup 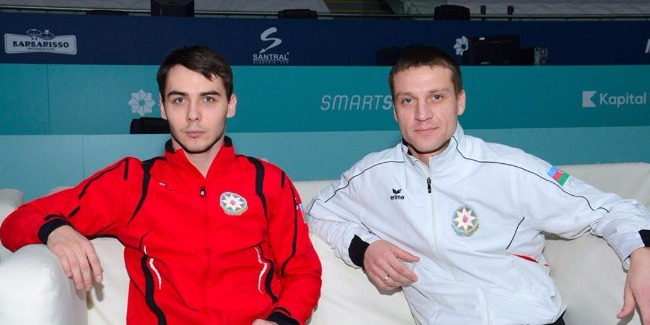 Azerbaijani gymnasts are ready to do their best at the upcoming FIG World Cup in Trampoline Gymnastics and Tumbling in Baku.

Members of the Azerbaijani national team in Trampoline Gymnastics Ilya Grishunin and Oleg Piunov made such remarks in their interview with Trend news agency.

Grishunin said that his team was preparing very thoroughly for the competition.

In turn, Piunov noted the high level of organization of training sessions and competitions in the National Gymnastics Arena in Baku.

“I believe that this World Cup was prepared and organized best of all,” Piunov said. “The conditions are great, everyone helps us.”

Piunov and Grishunin also called on all fans of gymnastics to come to the National Gymnastics Arena and support the team.