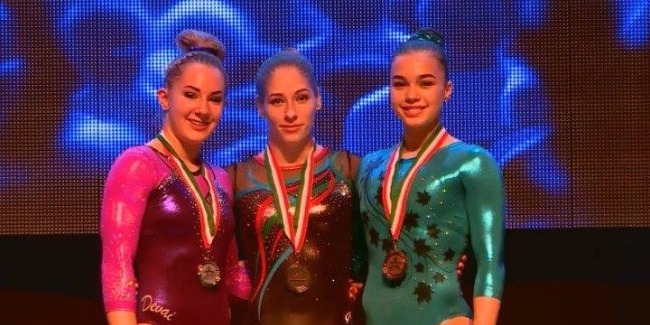 Marina Nekrasova, for the first time, was awarded with the Gold medal, at the last series of the FIG Men’s and Women’s Artistic Gymnastics World Challenge Cup held in Hungarian Szombathely city (8-10 September) prior to the World Championships. The leader of our team, who qualified for the final on Vault from the 3rd place, perfected her final performance and won a victory.

Marina’s another final performance was on Balance Beam and she ranked 8th.

The best result among our other competitors in the tournament - Yuliya Inshina, Yekaterina Tishkova, Murad Agharzayev and Bence Talas, the best result was shown by Yuliya who stopped a step away from the medal in the final of Vault.