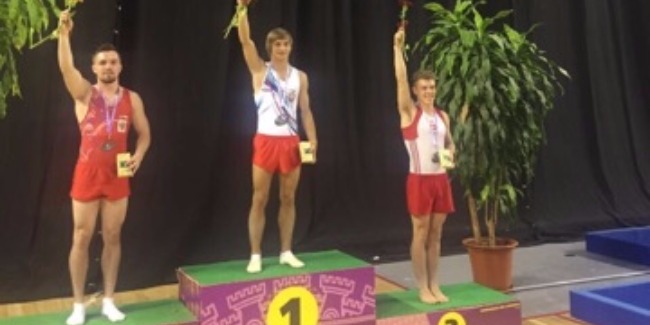 Member of our Trampoline Gymnastics National Team Mikhail Malkin became the winner of tumbling events at the World Cup held in Portugal (Loule) on September 29-30.

In the qualification with a participation of 20 countries, our gymnast attracted attention with his confident performances, and, having received the highest point from the judges, qualified for the final. Leaving all his rivals behind due to his final faultless executed performance, Mikhail won the World Cup’s gold medal.

It should be mentioned that our gymnast had won the silver medal of the World Cup held in Baku last February.

Our gymnast is still to participate in the International tournament to be hosted by Spain (Valladolid) in the first week of October and the World Age Group competitions in Sofia (November 16-19).