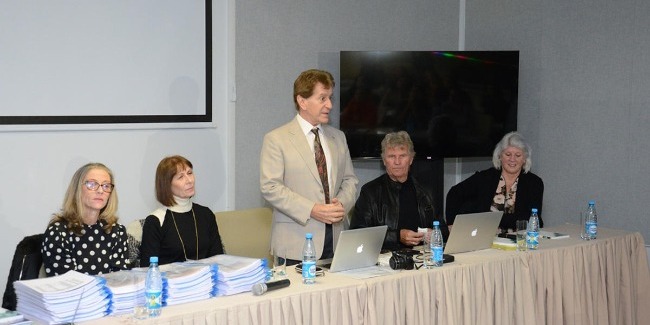 The FIG Level 3 Academy for Rhythmic Gymnastics organized for the local coaches by AGF commenced in Baku yesterday.

The Academy, consisting of both theoretical and practical classes, mainly covers such topics as medical knowledge, psychology and prevention of injury in sports.  Along with the local coaches, representatives from Russia, Ukraine and Bulgaria were among 22 participants in total.

It should be noted that AGF organized the FIG Academy Level 1 and Level 2 for Rhythmic Gymnastics in 2013 and 2014 accordingly. Each participant of the current Academy already has a coaching Level 2.