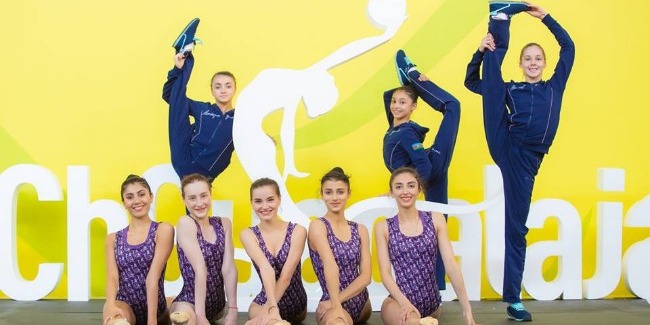 The 34th European Rhythmic Gymnastics Championships came to an end in Guadalajara (Spain) yesterday, turned out to be successful for the Azerbaijani National team in double measure.

Thus, one of our most fortunate representatives reaching the four finals among the junior individual gymnasts at the continental Championships in total, Arzu Jalilova, brought the first Bronze medal into our team’s medal box for her exercise with a ball. Having received 17,100 points from the judges, Arzu was left behind only by Russian and Ukrainian gymnasts and achieved the highest result in her career.

Our another gymnast, Narmina Samadova, competing in the finals both with a hoop and clubs, ranked 5th and 8th accordingly. Yelizaveta Luzan, who reached the final with a ribbon, stopped at the 6th place in the final.

At senior individual competitions, our country was represented by Zohra Aghamirova and Veronika Hudis. In total of 4 exercises, Zohra ranked 18th with 63,200 points, while Veronika became the 22nd with 61.250 points.

Another bronze medal came from our team in group exercises which decorated the floor with their 3 balls’ & 2 ropes’ composition.  The spectacular performance of the perfect group of five consisting of Aliya Pashayeva, Siyana Vasileva, Zeynab Hummatova, Diana Doman and Ayshan Bayramova received from the judges 20,350 points and the gymnasts mounted the 3rd step of the podium. 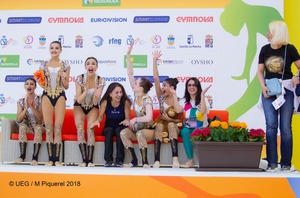 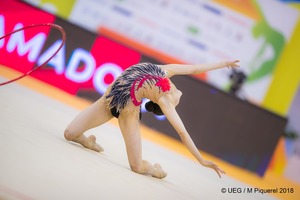 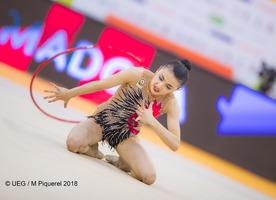 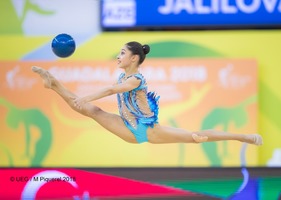 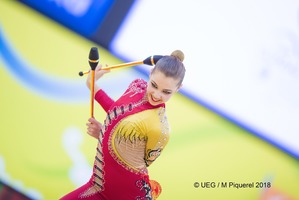 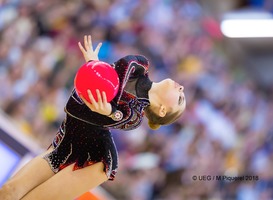 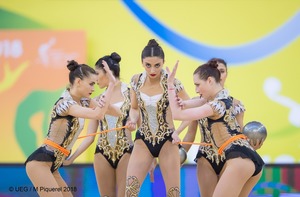 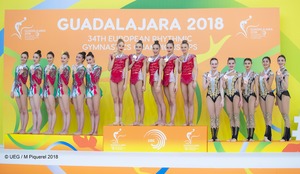 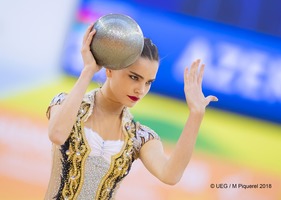 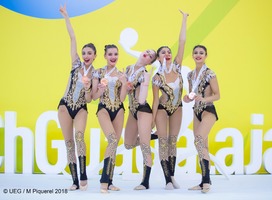 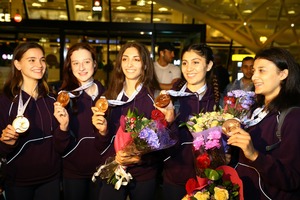