Our acrobats win 2 medals in the International Tournament 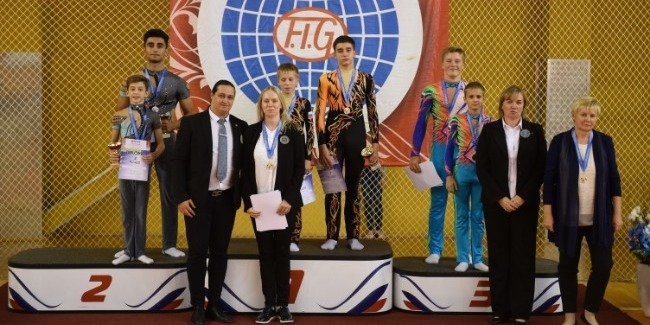 As it was last year, our gymnasts were remembered with their successful performances at “Zolotov Cup” this year as well. Thus, Men`s Pair consisting of Daniel and Murad won the silver medal in the age category of 12-18-year-old gymnasts having scored 81,750 points. Mixed Pair - Abdulla & Ruhidil, who did not fall behind their teammates, won the bronze medal with 72,590 points.

Men`s Pair consisting of Seymur & Murad stopped just a step away from the medal.