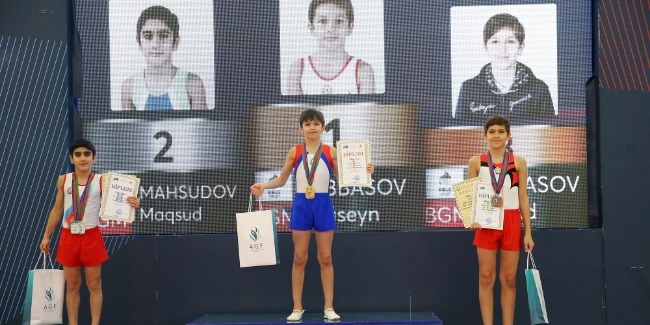 This weekend, the last competition of 2018 was held at the subsidiary hall of Milli Gimnastika Arenasi (National Gymnastics Arena).

The representatives of Baku Gymnastics School, “Ojag Sport” club, as well as Sumgayit and Goychay participated in the Azerbaijan and Baku Championships among age categories in Trampoline and Aerobic Gymnastics held on December 15. At the Trampoline events announced open, the gymnasts from Georgia also performed and were among the winners along with local gymnasts.

Although Azerbaijan Gymnastics Federation has closed the competitions season, the Arena will have Gymnastics festival on December 23 again. It should be mentioned that the gymnasts and coaches of the National Teams in gymnastics disciplines will present the New Year show called  “The Snow White and Seven Dwarfs” to the spectators on this date. Thus, be ready to see the New Year in with Gymnastics!