Farid Gayibov is selected as “Sports figure of the Year” 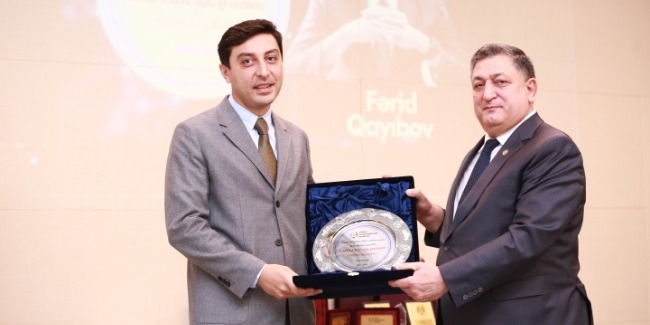 Today, there has been held the event of the Sports Research Center on “The Winners of the Year - 2018” project at the Baku Olympic Stadium.

At the ceremony, where candidates on the 11 nominations were defined, the President of the European Union of Gymnastics - Farid Gayibov who had acted as the Secretary General of Azerbaijan Gymnastics Federation (AGF) for 11 years – was awarded with the title of “Sports figure of the Year”.

It should be mentioned that the 58 representatives of Mass Media participated in the survey conducted for 6 consecutive years.